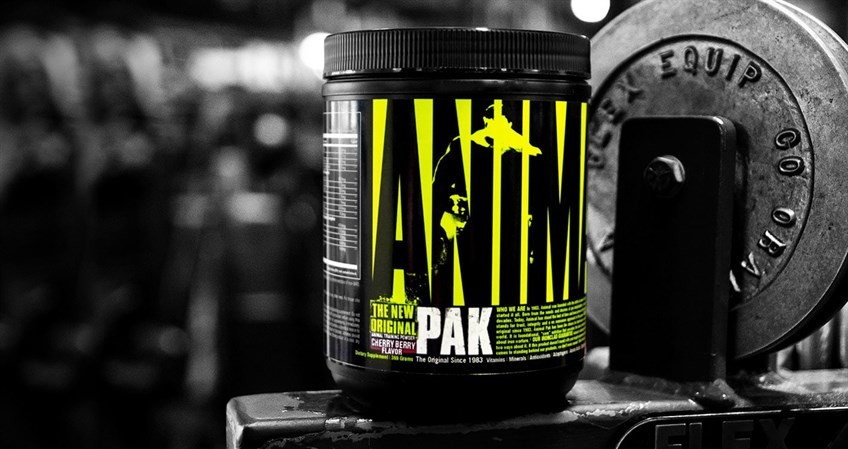 With a legacy that harkens back to a golden era in our sport, but the dark ages of bodybuilding supplementation, Animal Pak has endured for generations. And for good reason. It works. And it has worked for more than thirty years. Making the cut into the nutritional programs of Olympia competitors, world record-holding powerlifters and hardcore strength athletes of all walks of life.

As supplementation has become a multi-billion dollar industry, that trusty can full of plastic packets--each containing eleven tablets, has held strong to its roots, doubling down on its purpose. To fortify the nutritional regimens of the most dedicated lifters in the world.

Tens of millions of cans of Pak have been sold around the world to millions of serious lifters, disciplined bodybuilders and big dudes everywhere. Yet there are so many who could benefit from Pak, but are yet to experience the unrivaled strength contained in that iconic can.

Maybe they can’t swallow pills? Maybe they’re intimidated by that many tablets? Delivery methods can be a critical aspect to individual supplement use. Some like the ease and convenience of pills. Others like to drink their supps. It is with this fact in mind that we built Animal Pak Powder from the ground up. Using all of the components of the legendary Animal Pak formula, but turning it into a tasty and easy-to-consume drink mix.

All of the power of Pak, is now in powdered form, easy to strategically stack with your other go-to supplements. In your morning Animal Whey, or post-training shake. Mixed in your preworkout or your Juiced Aminos, you’re now able to spike all of your favorite muscle-building beverages with the incomparable potency of Animal Pak.

Available in classic Orange and a new arrival is on its way - the deliciously refreshing Cherry Berry, no one ever thought three decades of dominance could taste so damn good. Same formula. Same bold yellow label. Yet, so different. Pak Powder is the manifestation of a brand committed to providing their loyal supporters, and never settling in that process... Finding an alternate means of bringing the life force of Pak into the lives of the hardcore lifters who need it the most.

A new era has dawned at Animal. A day where our bedrock product has taken on a new form. The True Original has made room for The NEW Original, on the training tables and in the supplement stashes of the baddest lifters on the planet. Pak Powder is here, and your training will never be the same.

There are currently no comments, be the first to comment.