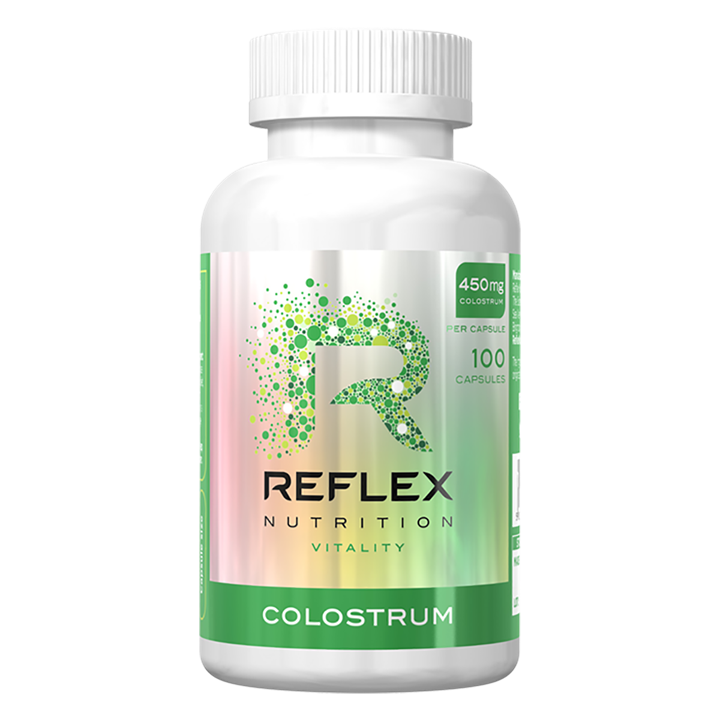 Colostrum, which is also called first milk, is one of the oldest and most exceptional foods that can be found in nature. It is as old as motherhood itself, for colostrum is milk of any mammalian in the first 24 hours after birth. The effective substances that are present in the first milk are found nowhere else in nature in such high, perfectly balanced concentrations. Colostrum is important for the nutrition, growth and development of newborn infants and contributes to the immunologic defense. Colostrum is used for its immunity defence benefits and is produced from the first milk of a lactating cow (within 24 hours of giving birth). Reflex Nutrition's Colostrum capsules are made only from freeze dried (not spray dried, which is a damaging process) Colostrum which is standardised to contain 35% IgG.
Container Size: 100 Capsules Serving Size: 1 Capsule Servings Per Container: 100 Amount Per Serving: Bovine Colostrum (35-40% Immunoglobulins): 450MG Ingredients: Gelatin Capsule, Freeze Dried Bovine Colostrum (standardised min 35% IgG), magnesium stearate, silicone dioxide
Size/Flavour
100 Caps
Barcode
5033579376790