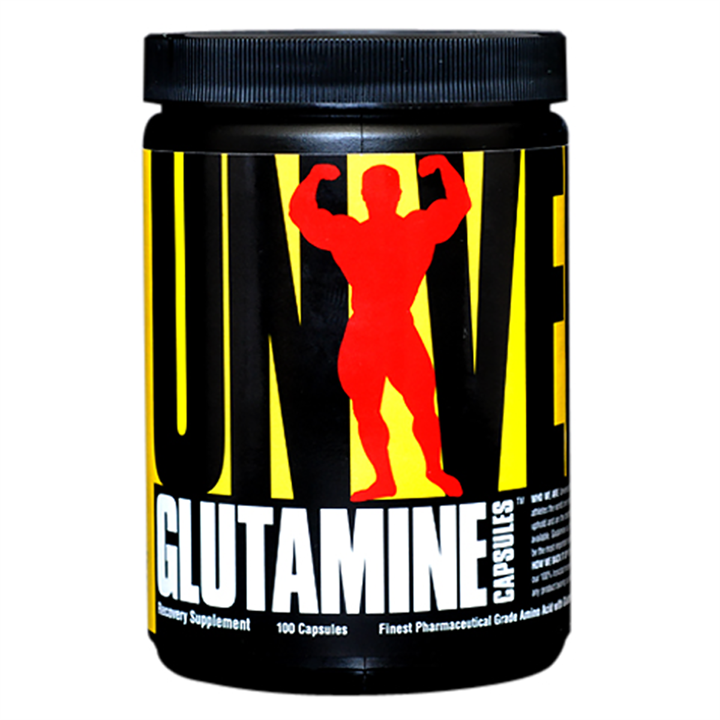 Glutamine is one of the most versatile of all amino acids, and among the top aminos used by elite athletes. Among its many functions, glutamine detoxifies ammonia, regulates protein synthesis and protein degradation, functions as a nitrogen precursor and transfer, promotes cellular hydration, stimulates growth hormone production, maintains acid balance, boosts the immune system, is an energy precursor and increases glycogen production in the liver. In short, glutamine is both anabolic and anti-catabolic. Glutamine accounts for about 60% of the body's total intramuscular free amino-acid pool and 20% of the total circulating amino acids. Unlike almost all other aminos, glutamine contains two nitrogen atoms. Because of this additional nitrogen atom, glutamine is called a nitrogen shuttle. Glutamine transports nitrogen where the body needs it most. Glutamine is available in both powder and capsule forms.
Container Size: 100 Capsules Serving Size: 1 Capsule Servings Per Container: 100 Amount Per Serving: Manganese: 145mcg Potassium: 9mg Glutamine: 750MG Other Ingredients: L-glutamine, whey, gelatin, potassium phosphate, magnesium stearate, manganese sulphate.
Size/Flavour
100 Caps
Barcode
39442046666
Close