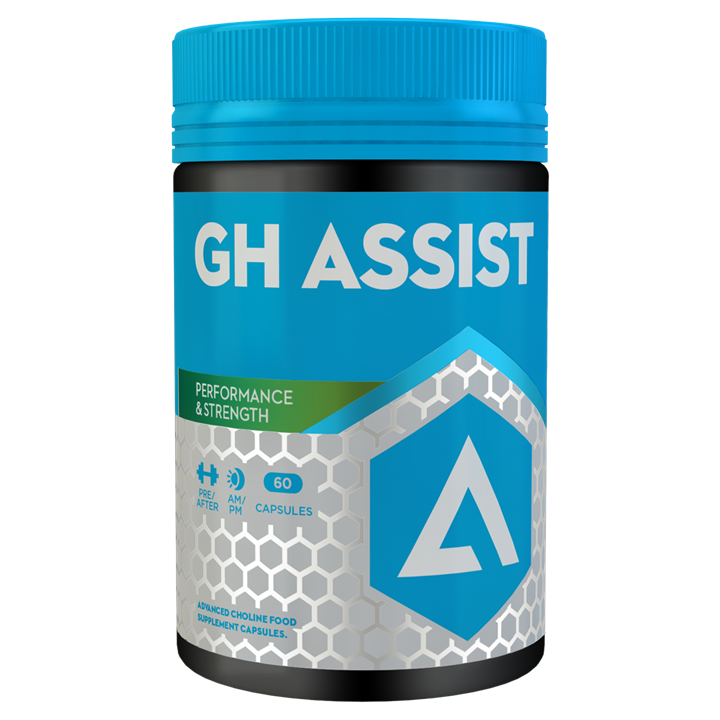 In support of natural growth & recovery. GH assist contains an advanced form of Choline, Alpha-GlycerylPhosphorylCholine (A-GPC) which provides a rapidly absorbed of choline to the bloodstream. Choline is an essential component of all major phospholipids in our bodies. Choline undergoes a process called acetylation, resulting in the formation of acetylcholine, which is one of the most important neurotransmitters in the central nervous system, and responsible for the transmission of communication impulses between neurons. A-GPC crosses the blood-brain barrier to boost choline levels in the brain, and it is involved in the synthesis and release of acetylcholine (AC). This boost of choline and release of AC may significantly stimulates cognitive functioning.
Container Size: 60 Capsules Serving Size: 2 Capsules Servings Per Container: 30 Amount Per Serving: Choline (as L-Alpha-glycerylphosphorylcholine 50%): 900MG Ingredients: Choline (as L-Alpha glycerylphosphorylcholine 50%, 450MG yield), Magnesium Stearate, Brown Rice flour, Microcrystalline cellulose.
Size/Flavour
60 Caps
Barcode
5060403560087