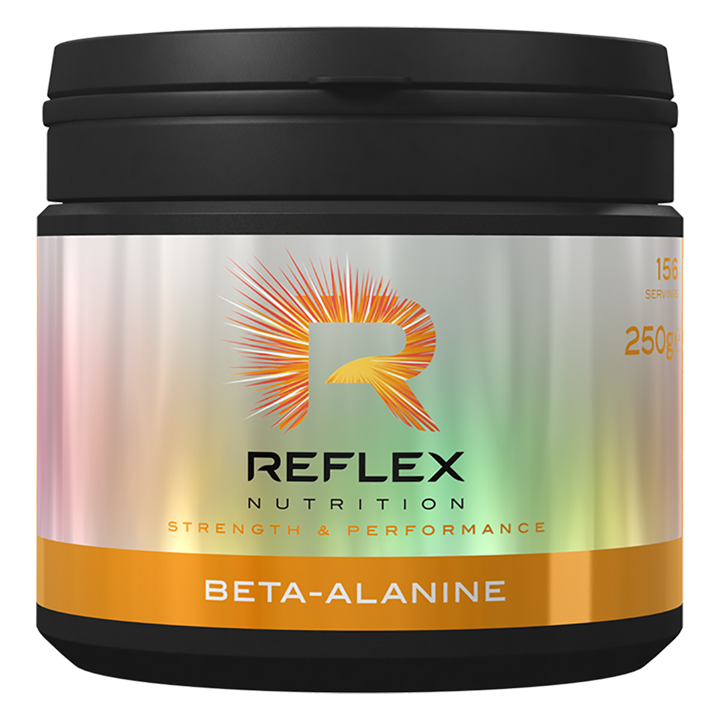 Beta-alanine is a non-essential amino acid, thus, it occurs naturally in the body and is found in dietary sources such as meat and fish. Its role is to promote high intramuscular concentrations of carnosine – a small molecule composed of the amino acids histidine and alanine. Carnosine acts as a buffering agent, helping maintain an optimal muscle pH range, thus delaying the onset of muscular failure. Carnosine is a bond of beta alanine and histidine which is highly concentrated in muscle and brain tissue. During high intensity exercise, lactate acid and hydrogen ions are produced which cause a drop in pH in the working muscle (the burn). Carnosine is pH buffer allowing normal working pH to be sustained for longer, allowing intensity to be sustained for longer. ReflexBeta-Alanine is most effective for supporting sustained periods of exercise.
Container Size: 250g Serving Size: 1 Scoop (1.6g) Servings Per Container: 156 Amount Per Serving: Ingredients: 100% Beta-Alanine. Allergens & Dietary Attributes: Does not contain any known allergens. Suitable for vegetarians.
Size/Flavour
250g
Barcode
5033579000237
Close