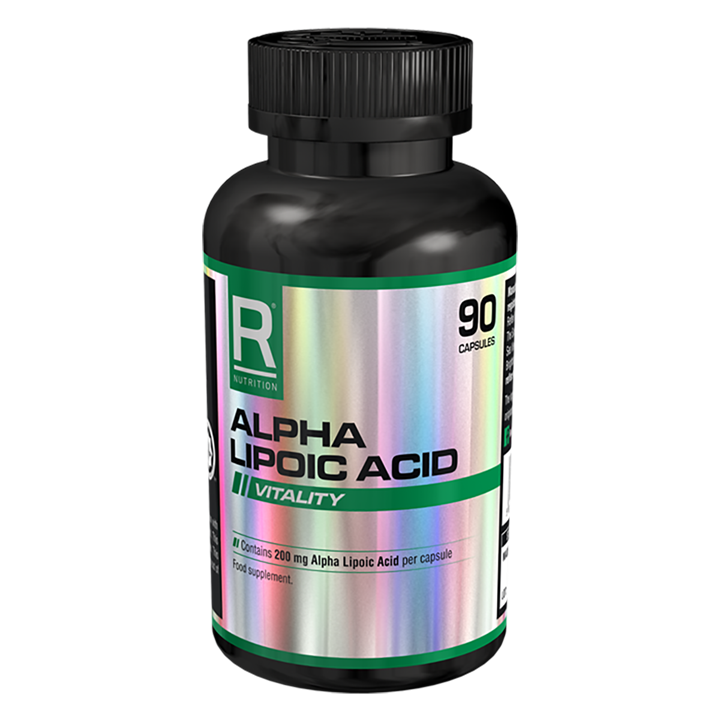 Alpha Lipoic Acid is characterized as the "universal antioxidant" which is able to deactivate more free-radical cells than most anti-oxidants, the majority of which tend to dissolve in either fat or water but not both. Alpha Lipoic Acid can reach tissues composed mainly of fat, such as the nervous system, as well as those made mainly of water, such as the heart and therefore protect both lipoproteins and membranes; no other natural anti-oxidant can do this.
Container Size: 90 Capsules Serving Size: 1 Capsule Servings Per Container: 90 Amount Per Serving: Alpha Lipoic Acid: 200MG Ingredients: Alpha lipoic acid, maltodextrin, magnesium stearate, silicone dioxide, capsule shell (gelatin)
Size/Flavour
90 Caps
Barcode
5033579045214